Want to calm down? Quit caffeine

Want to calm down? Quit caffeine

My wife said that I have never been as calm as I am now in all the 29 years that she knows me. Another interesting observation: now I can start working immediately after waking up!


Among other things, it describes the mechanism of caffeine influence and withdrawal symptoms in simple terms.

DISCLAIMER: I am not urging all earthlings to quit caffeine. The diary is relevant only for those with psychological problems. Of course, caffeine may not be the cause, but it makes sense to experiment.


The first day without caffeine. I completely removed not only coffee, but also teas (which are real teas), and 100% dark chocolate (which sometimes I indulged myself with because it does not contain sugar or sweetener). Containers of freshly roasted coffee beans, an espresso machine, a coffee grinder and a roaster, as well as oolong and pu-erh tea, are plunged into sadness and ask, "What about us?" :-(. Okay, stop writing, I'll go get some sleep.


2 weeks have passed. My post in the Quitting Caffeine FB group:

Hi everybody! 2 weeks with no caffeine. I read the advice to quit step by step, by gradual decreasing the dose, but I decided to remove caffeine "in one stroke" - the same was as I removed fast carbs (sugar, bread etc.) 3 years ago.

Got rid of general anxiety at all (got rid of it partially earlier, when started taking zinc). The first 3 days were hard (especially the 1st). It was a long weekend in Canada, so I decided to try. On the 4th day I had to work (I am a software developer). My plan was to drink coffee if it would be impossible to work. Even though my head was heavy (it's a bit heavy even now, after 2 weeks), I paid attention that my focus and concentration were very sharp! A few days after that, I sold my very expensive (2.5K USD) Italian espresso machine with no regret - after 3 years of that loved crazy hobby. My daily caffeine doze was 2-3 double espressos, rarely - a 500 ml cup of drip coffee, and two 500 ml cups of tea (pu'er and oolong) - more than enough to develop the dependency.

I have a severe form of obstructive sleep apnea and sleep with the anti-apnea device (CPAP). The pressure, generated by the compressor, is logged in a memory card, so I can analyze how each night was. It's interesting - during these 2 weeks, the pressure achieved much higher numbers than previously (for those who understands: it went up to 18 and more many times, while previously it rarely touched 13-14). In fact, that is a very good news for me! If my apnea is more severe now, that means, my sleep is deeper (the deeper the sleep, the more relaxed the blocking tissues are). In other words, previously I had worse rest since my sleep was more shallow. In the morning, I had to compensate that with caffeine which, in turn, caused shallow sleep next night. So, in the morning, I had to compensate that with caffeine.......

Also, later I found this opinion:

"I don't understand how people who are quitting or have quit can justify drinking decaf. Caffeine is a drug, just like every other highly addictive drug it is all or nothing... that's why they are called addictive and caffeine is classified as one of the most addictive drugs in the world. If you approve of de-cafe then you must also think the following is ok:
-ex smoker having a light cigarette with extra filter,
-an alcoholic drinking light alcohol beer,
-a crack addict doing just one line instead of hitting a pipe
-a pothead only smoking low grade home grown pot.
If you indulge in decaf you are negotiating with your addiction and losing." 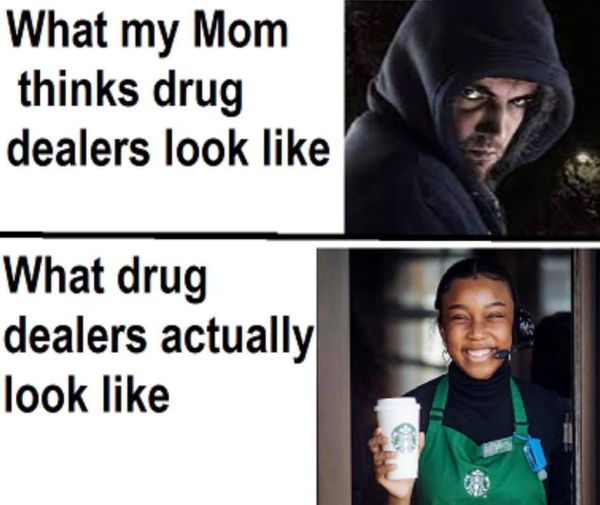 
3 weeks so far, the flight is going well. This is really a new life - in a state of some kind of euphoria. Sometimes I feel like I'm floating in the air! My wife said that I have never been as calm as I am now in all the 29 years that she knows me. Another interesting observation: now I can start working immediately after waking up. I wake up, run to the washroom, brush my teeth, douse my face with ice water, turn on the computer and dive into work, with fresh mind - my head works "like new"! Previously, such a scenario was absolutely unrealistic - it was necessary to be in the state of transition from sleep for a while, energizing myself with coffee - even though for many months I have been waking up myself, without an alarm clock, and usually very early. I get a good night's sleep thanks to CPAP therapy. Sometimes I still feel a little heaviness in my head, but the game is worth the candle - I will never return to the fog of caffeine addiction! People say that a complete cure takes many months, so there is no need to be impatient. I got off so easily because my coffee addiction wasn't too colossal (but existed for sure judging by the incredible changes in well-being). It was average, I would say.

After removing the caffeine, I started to have a slight ache in my eyes, and they are constantly wet. Probably, this is one of the symptoms of "withdrawal" (I used to occasionally have this if I was very tired and terribly wanted to sleep, but now I don't feel sleepy, which introduces some kind of cognitive dissonance). Firstly I used the moisturizing drops - they helped, but not much. Then an optometrist prescribed other drops. I will see if they help.

By the way, today I woke up in the middle of the night from very high pressure in my CPAP. In the morning I analyzed the data - there were the strongest RERA events, the pressure reached 19.5 - this is a record for all 3.5 years of my CPAP therapy (in general, 20 is the maximum pressure that the device is capable of delivering). This means that I began to sink into an even deeper sleep. No wonder that now, from the very morning, I am immediately ready for work.


Today it's one month of my decaf life. And although the heaviness in the head has not yet gone, the brain is working fine. This is a very strange contradiction - before, a heavy head was synonymous with fatigue and drowsiness, but now it is not: I seem to feel pressure in the skull (which become a headache several times), but at the same time I work with ease, enjoying clear mind and a sharp focus on solving programming problems. Often during work (and not only) I feel that the muscles of the face are completely relaxed - apparently, they were previously unconsciously tense. The average pressure in CPAP increased: if over the past year it was 9.81, then over the last month - 10.78, and over the last week - 12.01. As I mentioned earlier, the increase in apnea suggests that the brain is now resting in a deeper sleep phase. Dreams became a little more emotional (although the change is not as dramatic as it was at the beginning of CPAP therapy, because during apnea the brain did not go into deep sleep at all). The recently sold espresso machine has not yet dreamed of. :-D

Among the side effects of removing caffeine: I now start feeling physical hunger earlier in the day. It's a well-known fact that caffeine dulls hunger. Previously, my first meal was at 11-12 o'clock, now it is often at 10 o'clock. Of course, I could hold out until 11 o'clock (drinking helps with this), but there is no particular sense in making efforts - my eating window is still 6 - 6.5 hours, it just moved a little towards the morning. After completing the second meal at 4 - 4:30, I can easily make it to the evening even if I go to bed late (here the removal of caffeine did not affect). In short, I do not recommend removing caffeine for those who have just started practicing intermittent fasting (or are about to start). However, if you have experience in it, I highly recommend it!


Two months are behind.

New eye drops helped, the pain in my eyes is almost gone, but I often feel them wet. Is my body crying for caffeine? :-)

Meteosensitivity has increased. A couple of times I had a headache when the weather changed, which was not observed before (before there was only a feeling of drowsiness - alas, it was even now, and even stronger). However, the pills (I take Advil and Tylenol at once) relieve headaches quite effectively. I realize that this can be removed with a cup of caffeinated tea, but I am in no hurry to do it - I do not want a return of general anxiety, which almost completely disappeared after the caffeine was removed. Now everything is different: the physical sensation of euphoria, which I wrote about at the beginning, also means the absence of general anxiety - I don't even know how to describe it in words, you need to feel it... In short, instead of the obsessive thought that not everything is good and something bad may happen, now I live immersed in the thought that everything is not so bad, and maybe even great! It appears that not only a lack of zinc, but also caffeine interfered with neurotransmitters. Now they are running around like crazy, with joy and ease (jumping, I suppose), transferring signals from neuron to neuron! :-) 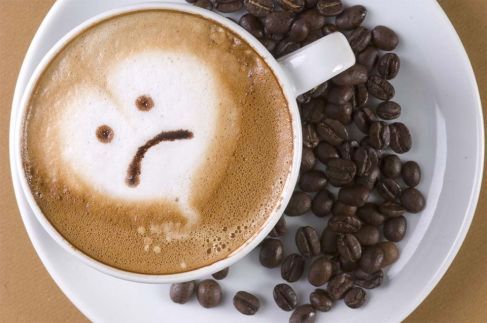 It turns out that withdrawal symptoms (mainly a feeling of heaviness in the head) continue, and it is not clear when they will disappear. If I see that it's forever, then maybe, for the sake of experiment, I will return one cup of tea in the morning, and see if it enhances general anxiety (no doubt, I will feel it right away!). Many articles say that one or two cups of tea or coffee a day will not hurt and will not lead to caffeine addiction, but so far I strictly adhere to the ban on caffeine - it's too early to give up, the show must go on.

I was asked what I drink once coffee and tea with caffeine are excluded. Copying the answer here:

"Ashwagandha, rhodiola, ivan tea, milk thistle, tulsi, dandelion root (fried and not fried; fried a bit like coffee). In the evening (because they can get sleepy): lavender, valerian, pasiflora (the last two - rarely)."


I conducted an experiment - did not take zinc for two weeks (why zinc? Read here). The idea was this: maybe zinc is no longer needed. Did it just "repair" the damage done by caffeine? Alas, I was wrong - caffeine did one harm, and zinc deficiency another. Ten days later, I began to notice that my neurotransmitters began banging their fists on the table and demanding zinc - mild symptoms of the anxiety disorder began to return, as well as an acute reaction to people's actions in the form of a mixture of irritation, anger and resentment. I was living for several days with these symptoms out of interest - will everything return to the old level, or just removing the caffeine will somehow improve the situation? And so it turned out - it improved it. The situation did not return to the previous level, but only slightly worsened. In short, it is better to fire these two cannons at the same time, in order to be sure on the spot, so that from today on, I resumed taking zinc.