Breaking Sugar Addiction. Keto Flu and How To Remove It 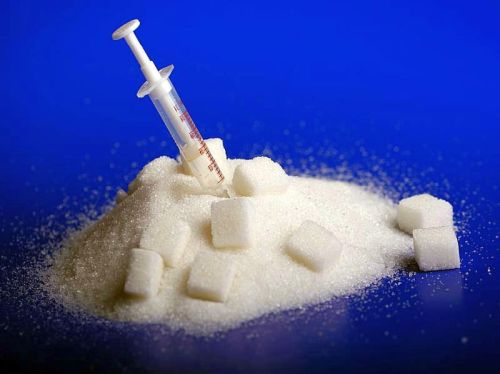 When you start Intermittent Fasting and remove carbs from your plate (according to the paragraph "Absolutely remove easily digestible ("fast") carbohydrates, and minimize "slow" ones" in HOW TO START), you experience transition to the new mode of functioning of your body - it enters ketosis. Sometimes it happens that this adaptation is accompanied by fatigue, headache, irritability, difficulty focusing ("brain fog"), lack of motivation, dizziness, nausea, sugar/farinaceous foods cravings. That is called "keto flu" (aka "carb flu"). This is absolutely normal - it is a natural reaction (almost like a feeling of withdrawal) your body undergoes when switching from burning glucose (sugar) as energy to burning fat instead (you actually force your body to learn anew how to burn fat!). Some people say the keto flu symptoms can actually feel similar to withdrawing from an addictive substance. In fact, studies show that sugar is more addictive than certain drugs.

If you're used to eating a diet high in refined sugar and processed foods, you're more likely to experience the "withdrawal" symptoms. If your diet was relatively low in processed sugars and starches, you may only encounter mild keto flu symptoms, or none at all (that's why many diabetics enters IF very easily - they are already used to low carbs life). Whether or not you experience the keto flu can depend on your genetics. Some people are naturally "metabolically flexible", which means they can shift metabolic states easily without experiencing health symptoms. That means not everyone experiences the keto flu, even when switching from diets high in carbs and sugar.

The adaptation to the new mode can take place during a few first days of Intermittent Fasting and your new life without fast carbs, starting from the 1st or 2nd day. But the unpleasant sensations will disappear soon, when you will become fat adapted, i.e. your body will switch to using stored fat as the energy source. While it may have you second guessing your IF decision ("I see that it's probably not for me..."), I promise you these keto flu symptoms will pass. Everything is going fine, do not be afraid of the symptoms, and, of course, you do not have to abandon the idea of IF + low carb because of them. Even more: severe form of keto flu can indicate that your health is very neglected, and urgent measures must be taken. In fact, IF + low carb do the work very successfully!

Fast carbs (sugar - number one in the list) are terrible (including oncology), so it makes sense to a little bit suffer a few days while the addiction is being disappearing. Yes, you may feel badly in these days, but then a new life will come, and the body will be grateful to you - very soon you'll be reaping the energizing, fat-burning rewards that come with ketosis. So, instead of being upset because of poor feelings in the first days, rejoice that you have found a way to easily and quickly fix the terrible (possibly deadly) existing situation!

The cure for the keto flu


The symptoms of the keto flu usually disappear by themselves within a few days, as the body adapts. If you are experiencing the effects of the keto flu and want to get rid of them quickly, here's what you can do to reduce your symptoms (and prevent them if you're currently considering going IF & low carb in the future).

Please read a fragment from the very interesting article How Giving Up Refined Sugar Changed My Brain:

The first day I eliminated refined sugars from my diet, I thought it was going to be a cakewalk. I ate plenty of fruits, had fish for lunch, and a steak with a side of vegetables for dinner. I missed the sugar and milk in my coffee and I did miss my daily sugary treat–but it wasn’t such a challenge giving them up.

Things changed radically on the second day. Even though I had had a filling breakfast and lunch (two oranges, eggs, and whole-grain rice with vegetables), around 2 p.m. I suddenly felt like I had been hit by a truck. I felt foggy and had a headache, which never happens on my normal diet. This fogginess and the headaches continued intermittently for the next two to three days. During that time, I had intense cravings for both soda and sugary treats. On the third day, I actually got the shakes for a period of time. It was very, very hard not to have something sweet.

“As you were not feeding your addiction, your brain was shouting out to have sugar to satisfy its cravings,” says Rebecca Boulton, a nutritional therapist who specializes in hormonal health and sugar cravings, whom I contacted to help me make sense of what was happening in my body. “This is a period of adjustment, and starts with the cravings being more intense before they start to get better.”

Intense? By the end of Day 4, I would have sold my dog for a brownie. The fogginess and lack of focus at one point got so bad, I was worried I wouldn’t be able to concentrate on the stories I needed to file that week. I seriously considered having an energy drink “for the good of my health” (I resisted). Needless to say, the continuing brain fog and resulting lack of focus made me very irritable and even depressed. I became cranky and impatient, and was unable to concentrate on things for significant lengths of time.

“Your body was still having a hard time adjusting to the new foods and reduction in sugar,” explains Boulton. “It is programmed to get energy from sugar, and it takes time to get used to getting it from a different source. It almost feels like a hangover as your body is getting used to the withdrawal of sugar.”

But then on Day 6, something happened. The fogginess began to disappear along with the lingering headaches. The fruits I were now eating on a daily basis began tasting sweeter. By Day 8 or 9, I felt more focused and clear-headed than I had at any time in recent memory. This translated into greater productivity–for example, I was more engaged when interviewing sources for stories. I was better able to focus on what they were saying and could rapidly respond to their answers with new queries and reformulated ideas with a speed and clarity I’ve never possessed before. While reading a book or article, I felt like I absorbed more detail and information. In short, I felt smarter.

Boulton says that the increased sweetness I began to taste in fruits was a sign my body was adjusting to being freed from nonstop refined-sugar intake. My tastebuds were adjusting to the newly recognizable natural sweetness of fruits. In turn, my headaches stopped because my body was no longer fighting the sugar cravings. “Your blood sugars are balanced without the constant roller coaster of sugar highs and lows,” says Boulton, “which reduces your brain fog and increases mental clarity.”

And talk about clarity: By the final days of my diet journey, I felt so focused, it was as if I were a different person. This translated to a change in mood that not only I noticed, but my friends as well. As dumb as this sounds, I just felt happier than I had been two weeks earlier.

To be able to comment, please join this group.