A magic tamper for an espresso machine

Simple but reliable lifehack to get rid of channelling


I have a magic tamper! Magic - because it's self-levelling! With it, it's physically impossible to make a coffee tablet surface not 100% horizontal. Prior to be applied, it "sits" on the top of the basket, so the moving tamping disk has no choice but go down absolutely straight and, so, tamp the whole surface with the same force. That helps to prevent channelling (especially after distribution using a revolving leveller or any another method). Previously, using a regular (not self-levelling) tamper, I always did my best not to tamp one hemicycle harder than another, but failed many times since the handle became inclined to a side while being pushed down. Now, I forgot what channelling is! Of course, I am also using a grinder, which produces fluffy, homogeneous powder with no clumping (Niche Zero), and a distribution tool (the cheapest revolving "leveller" similar to OCD). Without them, I am not sure the ideal tamp would be enough to get rid of channelling.

My tamper also has another feature I found very handy - a stopper. You can setup the travelling distance of the tamping disk according to the room you want to leave between coffee and group shower (the less - the better - to load as much coffee as possible without the tablet touching the screen shower after extraction in order to get as much drink as possible with the loved brew ratio). The tamping disk will always travel just that distance (until it's forced to stop by a stopper) to get consistency - the force, applied to the coffee, will be the same from shot to shot if you load the same weight of the same beans. Each time I buy a new kind of beans, I find experimentally how many grams maximum allow the full travel distance so that the stopper is reached and touched without pushing too hard. A tamper with a stopper is a fantastic upgrade from my previous calibrated tamper which boooomed always with the same force. Yes, that gave consistency, but the coffee tablet could be too low or too high. Now, if I've put a bit more coffee than needed, I can simply push the tamper with more power and get the same perfect tablet height. Anyway, it will be the same power from shot to shot if I decide to keep the beans weight, even though different from one kind of beans to another. In that situation, the old calibrated tamper (without the stopper) would produce a too high tablet which could stay on the shower screen after removing the portafilter. 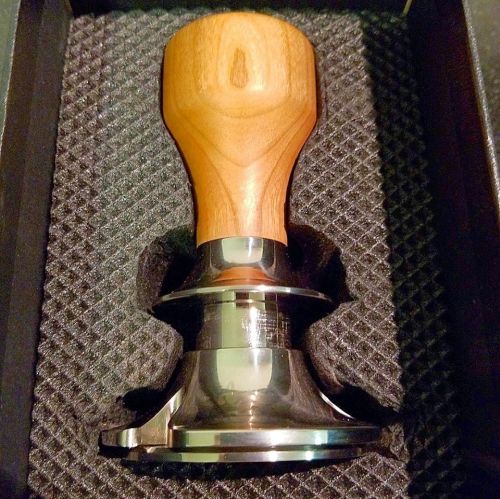 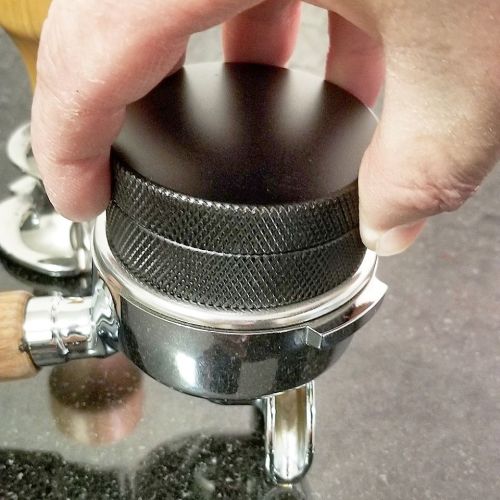 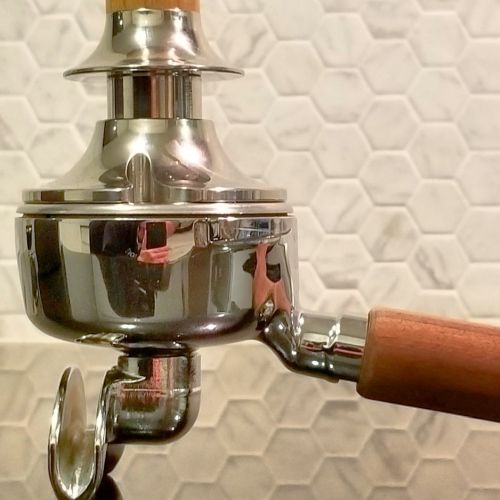 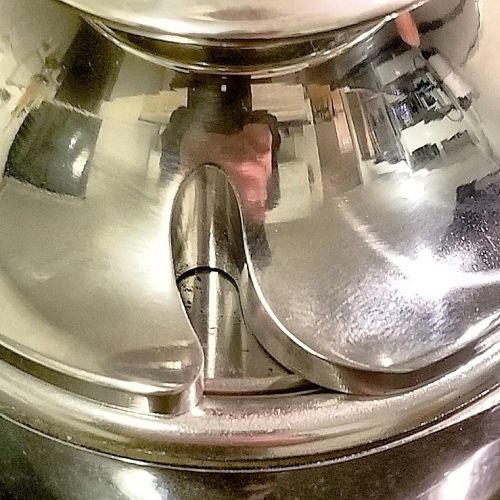 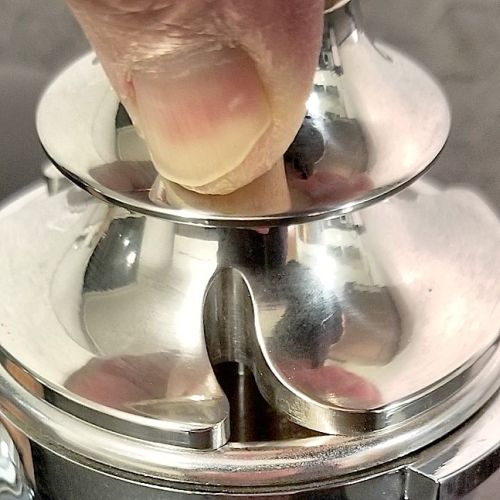 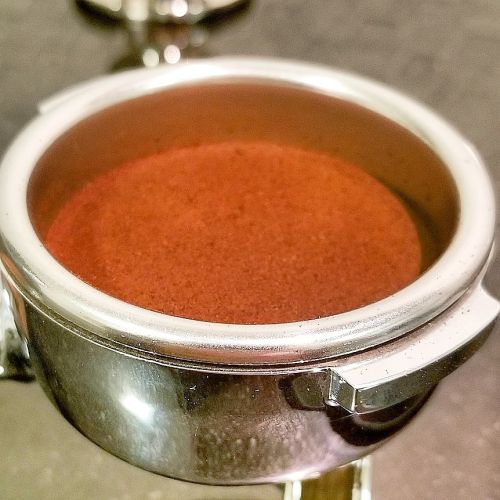 If you will order any tamper and you have a VST basket (like me), choose the diameter 58.5 mm (not 58 and not 58.35!) so it will tamp all over the whole surface, without the not-tamped outer ring which can cause "ring channelling".